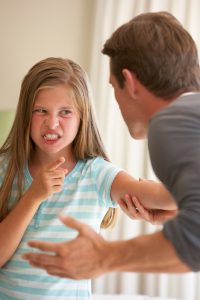 As I have been thinking about my relationship with my significant other, I’ve had to reflect on my past to help me understand why I do what I do in the present. Truthfully, I learned my style of arguing from my dad. He had a way of being overly protective to the point of paranoia, assuming we were always up to no good. I recall being late for a family dinner and he exploding, accusing me of being out somewhere I wasn’t with people I hadn’t seen in years. Feeling incredibly defensive and embarrassed I retorted with just as much vigor. The argument quickly digressed into a nonsensical screaming match with harsh words being exchanged on both sides and ending in me apologizing to him and the other dinner guests for the outburst.

In hindsight, and in a calm state I realize in all of these arguments my dad was fearful for my safety. He explained to me shortly after this argument that as a pediatrician, he had seen the worst-case scenarios for parents played out in front of him hundreds of times over. He would always fear that his children would be harmed or killed. Armed with this very raw piece of information about my dad, I knew we needed to develop a better way of communicating where we were heard and our fears were acknowledged immediately, as opposed to after the storm had passed and the damage done. How to do this though? I mean dads forgive, daughters forget and we go on until the next outburst.

Flash-forward to living in a new city with my fairly new boyfriend, it hits me like a ton of bricks: I have this pattern of developing poor boundaries with others, building resentment and then pairing it with a short fuse because I am so STRESSED. My deliverance so poor that it would blind the recipient to my very valid hurt feelings and immediately put them on the defensive. The other party now unable to listen let alone apologize or work on a resolution. I know this cycle very well. I’d have to apologize for my behavior, walking away from the conversation, seething inside, confused at having just apologized to someone who had hurt me and feeling angry at myself for blowing another opportunity to stand up for myself effectively. I can give myself multiple excuses for my behaviour, but ultimately I have to change if I want a change. Here are my changes as I head into the New Year with my new boyfriend, in my new city, in my new job, and with my self-reflection intact: 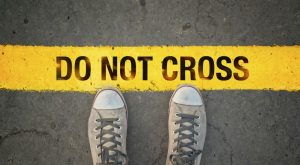 Perhaps I will be successful at this and perhaps I will struggle. The beauty of this season is that I will have many opportunities to practice my new mindset.

Wishing you all a settled and easy holiday season,

Scroll back to top