Article by Elizabeth Scott, MS. Full article can be found at https://www.verywellmind.com/conflict-resolution-mistakes-to-avoid-3144982

Conventional wisdom (and research) says that good communication can improve relationships, increasing intimacy, trust, and support. The converse is also true: poor communication can weaken bonds, creating stress, mistrust and even contempt! Because conflict is virtually inevitable in relationships (and not necessarily a sign of trouble), you can reduce a significant amount of stress and strengthen your relationships at the same time if you build the knowledge and skills to handle conflict in a healthy way.​

Here are some examples of negative and even destructive attitudes and communication patterns that can exacerbate conflict in a relationship. How many of these sound like something you’d do? 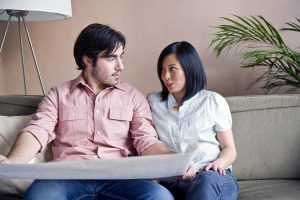 Rather than discussing building frustrations in a calm, respectful manner, some people just don’t say anything to their partner until they’re ready to explode, and then blurt it out in an angry, hurtful way. This seems to be the less stressful route—avoiding an argument altogether—but usually causes more stress to both parties as tensions rise, resentments fester, and a much bigger argument eventually results. It’s much healthier to address and resolve conflict.

These assertiveness communication skills can help you to say things in a way where you will be more likely to be heard, without being disrespectful to the other person. 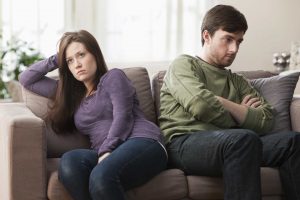 Rather than addressing a partner’s complaints with an objective eye and willingness to understand the other person’s point of view, defensive people steadfastly deny any wrongdoing and work hard to avoid looking at the possibility that they could be contributing to a problem. Denying responsibility may seem to alleviate stress in the short run, but creates long-term problems when partners don’t feel listened to and unresolved conflicts and continue to grow. 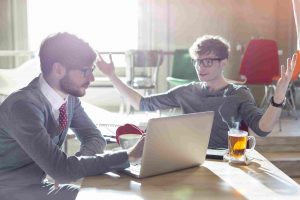 When something happens that they don’t like, some blow it out of proportion by making sweeping generalizations. Avoid starting sentences with, “You always,” and, “You never,” as in, “You always come home late!” or, “You never do what I want to do!” Stop and think about whether or not this is really true. Also, don’t bring up past conflicts to throw the discussion off-topic and stir up more negativity. This stands in the way of true conflict resolution and increases the level of conflict.

Sometimes we’re not aware of the ways the mind can blow things out of proportion. This list of common cognitive distortions can get in the way of healthy relationships with others and can exacerbate stress levels. See which ones may be familiar to you. 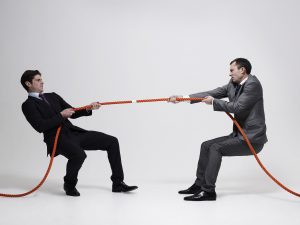 It’s damaging to decide that there’s a “right” way to look at things and a “wrong” way to look at things and that your way of seeing things is right. Don’t demand that your partner see things the same way, and don’t take it as a personal attack if they have a different opinion. Look for a compromise or agreeing to disagree, and remember that there’s not always a “right” or a “wrong,” and that two points of view can both be valid. 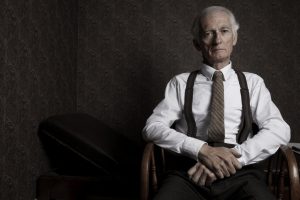 nstead of asking about their partner’s thoughts and feelings, people sometimes decide that they “know” what their partners are thinking and feeling based only on faulty interpretations of their actions—and always assume it’s negative! (For example, deciding a late mate doesn’t care enough to be on time, or that a tired partner is denying sex out of passive-aggressiveness.) This creates hostility and misunderstandings. It’s important to keep in mind that we all come from a unique perspective, and work hard to assume nothing; really listen to the other person and let them explain where they are coming from. 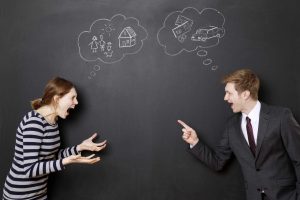 Some people interrupt, roll their eyes, and rehearse what they’re going to say next instead of truly listening and attempting to understand their partner. This keeps you from seeing their point of view, and keeps your partner from wanting to see yours! Don’t underestimate the importance of really listening and empathizing with the other person! These listening skills are important to bear in mind. 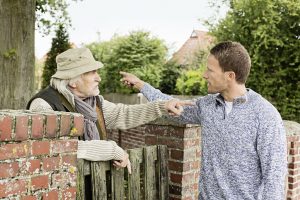 Some people handle conflict by criticizing and blaming the other person for the situation. They see admitting any weakness on their own part as a weakening of their credibility, and avoid it at all costs, and even try to shame them for being “at fault.” Instead, try to view conflict as an opportunity to analyze the situation objectively, assess the needs of both parties and come up with a solution that helps you both.

Trying to “Win” the Argument 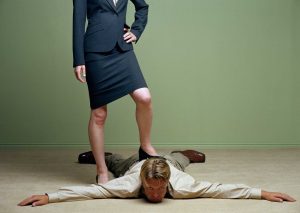 I love it when Dr. Phil says that if people are focused on “winning” the argument, the relationship loses! The point of a relationship discussion should be mutual understanding and coming to an agreement or resolution that respects everyone’s needs. If you’re making a case for how wrong the other person is, discounting their feelings, and staying stuck in your point of view, you’re focused in the wrong direction! 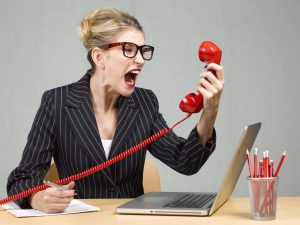 Sometimes people take any negative action from a partner and blow it up into a personality flaw. (For example, if a husband leaves his socks lying around, looking it as a character flaw and label him “inconsiderate and lazy,” or, if a woman wants to discuss a problem with the relationship, labeling her “needy,” “controlling,” or “too demanding.”) This creates negative perceptions on both sides. Remember to respect the person, even if you don’t like the behavior.

When one partner wants to discuss troubling issues in the relationship, sometimes people defensively stonewall, or refuse to talk or listen to their partner. This shows disrespect and, in certain situations, even contempt, while at the same time letting the underlying conflict grow. Stonewalling solves nothing but creates hard feelings and damages relationships. It’s much better to listen and discuss things in a respectful manner. 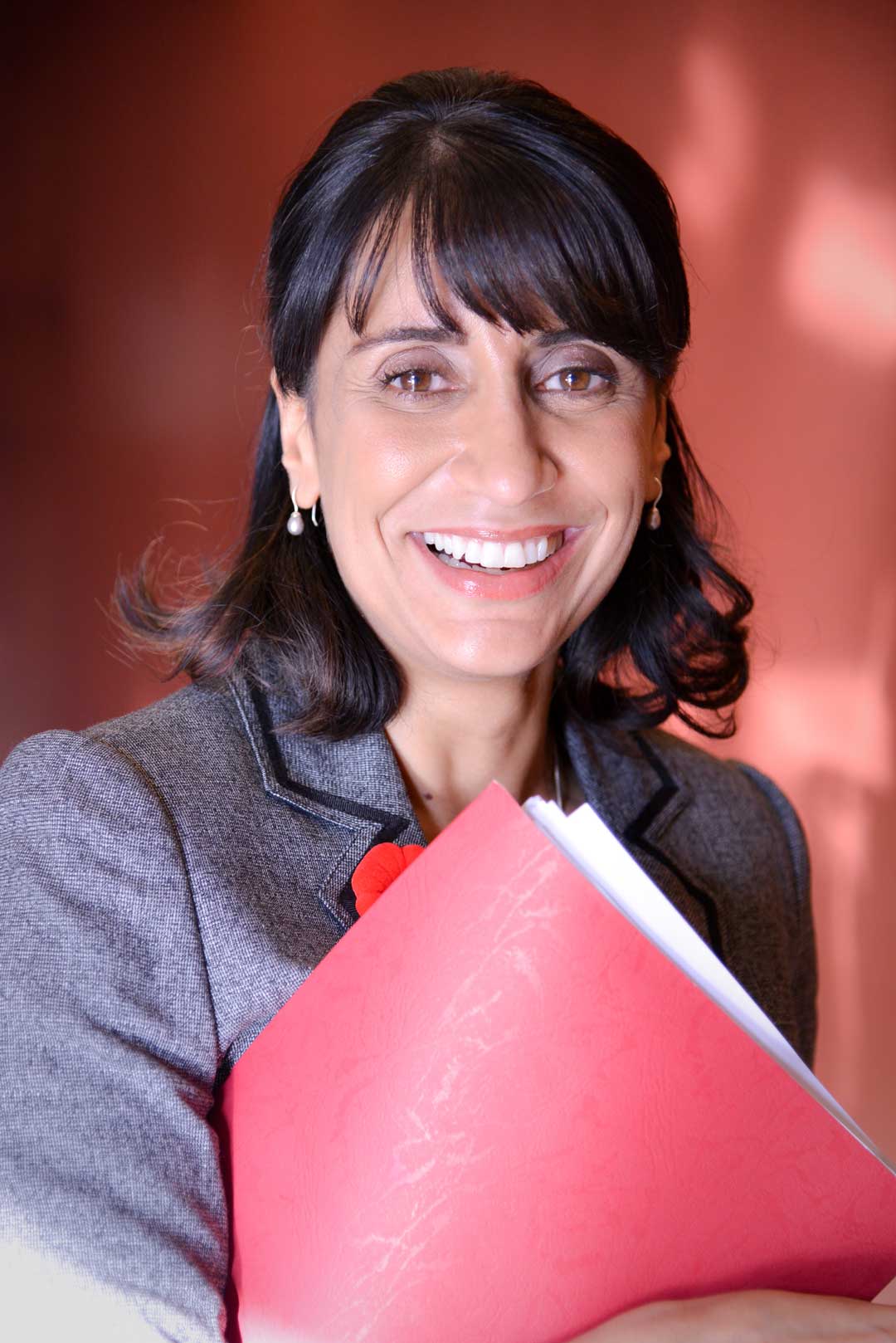