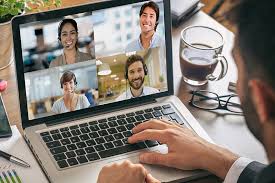 As collaborative technologies proliferate, it is tempting to assume that more sophisticated tools will engender more effective virtual communication. However, our study of globally dispersed teams in a major multinational organization revealed that performance depends on how people use these technologies, not on the technologies themselves.

We asked team members to rate one another on virtual communication behaviors culled from a growing body of research on virtual teams. Peer assessments focused on five best practices: matching the technology to the task, making intentions clear, staying in sync, being responsive and supportive, and being open and inclusive. (Participants had worked together for some time and had been tasked with improving key business processes.) Individual scores were averaged to determine team scores.

When controlling for past experience on virtual teams and level of technology support available, we found that teams with higher scores on the five behaviors also received higher ratings from their leaders on producing quality deliverables, completing tasks on time, working productively together, and meeting or exceeding goals. Results indicated a linear relationship across the board: For every 10% that a team outscored other teams on virtual communication effectiveness, they also outscored those teams by 13% on overall performance. Although the research focused on dispersed teams, we believe the same strategies can help colocated teams, which increasingly depend on virtual collaboration tools.

Let’s look at each of the five behaviors in detail. They may seem basic at first glance, but we’ve observed that they are often overlooked. When teams are informed of these simple strategies and take steps to implement them, they outperform teams that don’t.

1. Match the technology to the task.

Teams have many communication technologies at their disposal, ranging from email and chat platforms to web conferencing and videoconferencing. People often default to using the tool that is most convenient or familiar to them, but some technologies are better suited to certain tasks than others, and choosing the wrong one can lead to trouble.

Communication tools differ along a number of dimensions, including information richness (or the capacity to transfer nonverbal and other cues that help people interpret meaning) and the level of real-time interaction that is possible. A team’s communication tasks likewise vary in complexity, depending on the need to reconcile different viewpoints, give and receive feedback, or avoid the potential for misunderstanding. The purpose of the communication should determine the delivery mechanism.

So carefully consider your goals. Use leaner, text-based media such as email, chat, and bulletin boards when pushing information in one direction — for instance, when circulating routine information and plans, sharing ideas, and collecting simple data. Web conferencing and videoconferencing are richer, more interactive tools better suited to complex tasks such as problem-solving and negotiation, which require squaring different ideas and perspectives. Avoid trying to resolve potentially contentious interpersonal issues (telling people when they’ve made a mistake, are not pulling their weight, or that they have upset a teammate) over email or chat; opt instead for richer media to navigate sensitive territory. In short, the more complex the task, the closer you should be to in-person communication. And sometimes meeting face-to-face (if possible) is the best option.

Most of our communication these days is text-based. Unfortunately, when text-based tools leave too much to interpretation, common biases and assumptions can cause misunderstandings and lead to unhealthy conflict that hurts team performance.

Intentions get lost in translation for several reasons:

To prevent these biases from causing problems on your team, ensure that you are crystal clear about your intentions. Review important messages before sending them to make sure you have struck the right tone. Err on the side of pumping up the positivity or using emojis to convey emotion to mitigate the tendency toward negative interpretation. Go out of your way to emphasize important information, highlighting parts of the message that require attention, using “response requested” in the subject line, or separating requests into multiple emails to increase the salience of each one.

When team members don’t interact face to face, the risk of losing touch and getting out of step is greater. This can happen for a number of reasons. First, when teams are not colocated, it’s more difficult to tell when messages have been received and read, unless receipt is specifically acknowledged. Second, communication failures can lead to uneven distribution of information among team members. Individuals might be excluded from an important team email by mistake, for instance, leaving them unwittingly in the dark. Third, the lack of frequent in-person contact can create an out-of-sight, out-of-mind effect in which team members become distracted by local demands and emergencies and forget to keep their distant teammates informed. When one team member goes silent, the others are left guessing. Without accurate information, people often assume the worst.

Your team can overcome these challenges by prioritizing keeping everyone in the loop. Maintain regular communication with team members, and avoid lengthy silences. Proactively share information about your local situation, including unexpected emergencies, time demands, and priorities. Acknowledge receipt of important messages, even if immediate action isn’t possible. And give people the benefit of the doubt. Seek clarification to better understand others’ behaviors or intentions before jumping to conclusions. For instance, check in with your teammate who hasn’t responded to your time-sensitive message — maybe it hasn’t been received, or perhaps something urgent came up.

4. Be responsive and supportive.

The paradox in dispersed teamwork is that trust is more critical for effective functioning — but also more difficult to build — than in more traditional teams. Trust between teammates in the same workspace is influenced to a large extent by familiarity and liking; however, in dispersed teams, people must signal their trustworthiness by how they work with others on a task. To help develop trust on a virtual team, encourage everyone to respond promptly to requests from their teammates, take the time to provide substantive feedback, proactively suggest solutions to problems the team is facing, and maintain a positive and supportive tone in communications.

5. Be open and inclusive.

Dispersed teams are more likely to have members from different cultures, backgrounds, and experiences. While diversity can result in a greater variety of ideas, which boosts team creativity and performance, virtual communication sometimes discourages team members from speaking up, making it challenging to capitalize on these benefits. Virtual tools reduce the social cues that help team members bond, which can diminish motivation to share ideas and information. People may also hold back when they can’t directly observe teammates’ reactions to their contributions. In addition, when dispersed teams consist of subgroups at different locations, there is a natural tendency to communicate more within a local subgroup than across the entire team. This can be particularly challenging for leaders, who may be criticized for unfairly giving more attention to local team members.

To reap the benefits of your virtual team’s diversity, focus on communicating as openly and inclusively as possible. Involve the whole team in important communications and decisions. Actively solicit perspectives and viewpoints from all team members, especially those in other locations, to demonstrate openness to different ideas and approaches to a task. And when working to resolve differences of opinion, seek to integrate the best of the team’s ideas.

The Role of Leadership

Don’t assume that everyone on your team is aware of potential pitfalls with virtual communication or of the five key behaviors that improve performance. We suggest creating a team charter that describes how you will work together. Specify technologies the team will or won’t use for different tasks (“Don’t use email to discuss sensitive interpersonal issues”); standard formats and etiquette for written communications (“Highlight or bold to emphasize action items in emails”); plans for keeping everyone in sync (“Let the team know ahead of time if a commitment or deadline cannot be met”); expected time to respond to requests (“Acknowledge receipt within 24 hours”); and types of communication that should always be shared with everyone (“Use the ‘would you want to know?’ rule of thumb”). We’ve found that clearly conveyed norms do make a difference.

Our research also shows that people with prior experience in collaborating virtually had higher virtual communication ratings. Leaders can rely on those team members to model effective behaviors — and can model the behaviors themselves — to raise the whole group to a higher standard.

An adapted version of this article appears in the Fall 2018 print edition.