Article from verywellmind. Full article can be found at:https://www.verywellmind.com/conflict-resolution-skills-for-healthy-relationships-3144953 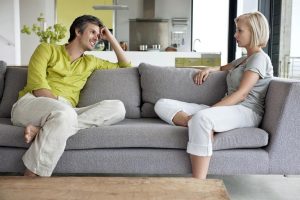 Conflict is a predictable part of virtually all relationships. It can also be a significant source of stress. Therefore, with most conflicts, it’s important to find a resolution. This seems like a statement of the obvious, but many people suppress their anger or just ‘go along to get along.’ Some think that by addressing a conflict, they are creating one, and simply keep quiet when upset. Unfortunately, this isn’t a healthy long-term strategy.

Unfortunately, resolving conflict can be tricky as well. Handled improperly, attempts at conflict resolution can actually make the conflict worse.4 For example, researcher John Gottman and his colleagues studied the way couples fight, and can actually predict which couples will go on to divorce by observing their conflict resolution skills—or lack thereof. (Hint: Couples who are constantly criticizing their partner’s character, or shutting down during arguments rather than working through conflict in a proactive, respectful way, should watch out.)

Get in Touch With Your Feelings
An important component of conflict resolution involves only you—knowing how you feel and why you feel that way. It may seem that your feelings should already be obvious to you, but this isn’t always the case. Sometimes you feel angry or resentful, but don’t know why. Other times, you feel that the other person isn’t doing what they ‘should,’ but you aren’t aware of exactly what you want from them, or if it’s even reasonable.

Journaling can be an effective way to get in touch with your own feelings, thoughts, and expectations so you are better able to communicate them to the other person.6﻿ Sometimes this process brings up some pretty heavy issues, and psychotherapy can be helpful.

Hone Your Listening Skills
When it comes to effective conflict resolution, how effectively we listen is at least as important as how effectively we express ourselves. It’s vital to understand the other person’s perspective, rather than just our own if we are to come to a resolution. In fact, just helping the other person feel heard and understood can sometimes go a long way toward the resolution of a conflict. Good listening also helps for you to be able to bridge the gap between the two of you, understand where the disconnect lies, etc.

Unfortunately, active listening is a skill that not everybody knows, and it’s common for people to think they’re listening, while in their heads they’re actually formulating their next response, thinking to themselves how wrong the other person is, or doing things other than trying to understand the other person’s perspective. It’s also common to be so defensive and entrenched in your own perspective that you literally can’t hear the other person’s point of view.

Practice Assertive Communication
Communicating your feelings and needs clearly is also an important aspect of conflict resolution. As you probably know, saying the wrong thing can be like throwing fuel on a fire, and make a conflict worse. The important thing to remember is to say what’s on your mind in a way that is clear and assertive, without being aggressive or putting the other person on the defensive.

Seek a Solution
Once you understand the other person’s perspective, and they understand yours, it’s time to find a resolution to the conflict—a solution you both can live with. Sometimes a simple and obvious answer comes up once both parties understand the other person’s perspective. In cases where the conflict was based on a misunderstanding or a lack of insight to the other’s point of view, a simple apology can work wonders, and an open discussion can bring people closer together.

Other times, there is a little more work required. In cases where there’s a conflict about an issue and both people don’t agree, you have a few options: Sometimes you can agree to disagree, other times you can find a compromise or middle ground, and in other cases the person who feels more strongly about an issue may get their way, with the understanding that they will concede the next time. The important thing is to come to a place of understanding and try to work things out in a way that’s respectful to all involved.

Know When It’s Not Working
Because of the toll that ongoing conflict can exact from a person, sometimes it’s advisable to put some distance in the relationship or cut ties completely.

When dealing with difficult family members, on the other hand, adding a few boundaries and accepting the other person’s limitations in the relationship can bring some peace. In friendships that are unsupportive or characterized by ongoing conflict, letting go may be a great source of stress relief. Only you can decide if a relationship can be improved, or should be let go.