Lisa called me to get some advice about a colleague named Wendy whom she called a drama queen. (Both names are pseudonyms.) She started pointing out several exchanges and I asked her to just describe the last one.

As Lisa described what happened, she became emotional and declared that the woman hates her and is probably trying to have her lose her job.

She apologized for getting upset but was clearly having difficulty containing herself stating she had been feeling unfairly attacked lately; like things were her fault.

I really wanted to help Lisa and our simple consult was not going to be helpful if she was overwhelmed by her emotions.

This conversation needed to move along. So, I asked her where she was sitting. She told me she was on her couch at home. So I asked her to get a chair and sit facing her couch.

Then I asked her to look at the couch as though it’s a TV screen and that she is watching the last event being played out. I asked her to describe what happened in a detached, unemotional manner. Clearly, she was still emotional, so I cut her off again and asked her to move the chair away further back until she was no longer emotionally in the scene but just watching it as a curious observer.

I’m not sure how close she was to her couch anymore, but as an outside observer, how she related the event was quite different. The discussion quickly became about Wendy’s struggles with her own boss.

Joe Friday had it right. While it’s hard and exhausting, helping the other person get to a point where they can be an observer of the facts without being emotionally involved is the key to de-dramatization.

We all have a breaking point when situations drag on. Anyone of us at a different time might be seen as hysterical or overemotional. When we were little, it was called a tantrum or a fit. As we aged, it graduated to “drama queen”, “drama king”, “angry” or just a plain “difficult person”.

Honestly, trying to get someone to think clearly doesn’t always work. They have to be ready to break away from their pattern and reframe what is going on.

Being an observer of the facts without emotional involvement is the key to de-dramatization.

People who are trying to drag you into their dramatizations may not like it when they are asked to stick to the facts. Remind them that you want to help them so it’s important to look at facts that have a chance of being controlled or changed. After all, you want them to feel better and be equipped to manage the situation more effectively.

The true “drama queen” doesn’t want to feel better. You will recognize them by their overactive imagination. Listen to their descriptions. They sound like they believe they are mind readers.

You will hear them say things like “She thinks ‘this and that’ about me”. Or they proclaim things where don’t have any evidence to back their statement up; just a gut feeling. The real test though is the chronic belief that they are victims and nothing can be done to change it.

The best course of action is to remain calm and keep bringing them back to the facts. If they are committed to be a “drama queen/king”, and you insist they stick to the facts, they likely will find someone else to talk to instead of you in future.

In Lisa’s case, she is not a drama queen, and I suspect, neither is Wendy. For one thing, a drama queen would not have followed my instructions to sit in a chair and visualize the event like Lisa did.

Anxiety is the fear of what is happening or about to happen. If someone is chronically catastrophizing and expecting the worst, that person is under the influence of their overwhelmed emotions and is very likely suffering from anxiety.

This makes me sad, because anxiety is very treatable but they are often too anxious to even seek treatment. (Stigma is such a problem!) They can’t look at the facts because their anxiety and their automatic responses are turned on.

Basically, they are operating out of their dinosaur brain. This is where our self-preservation kicks in and we automatically go into our Fight – Flight – Freeze modes of operation.

When our thinking brain is turned off… 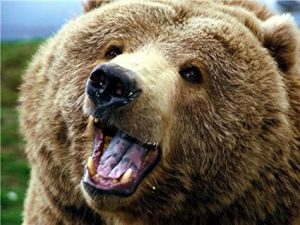 These are all great automatic reactions: BUT ONLY IF THERE IS A BEAR. Too many of us are in one of these reaction modes without any bears around.

If someone is caught up in their emotions, we need to reacquaint them with their thinking brain.

The way to do this is to redirect them to real facts. By asking someone for hands-on, measurable facts, they may not like the request or be able to go there easily.

Remember, this can happen to anyone, even you. So compassion and patience should be our automatic response as much as possible while firmly redirecting the person to their thinking brain.

So what happened to Lisa?

Once I had her change her physical space, she was able to emotionally distance herself from the event and we were able to have a clarifying conversation. Lisa brought up Wendy’s pressures from her own boss and how poorly she was managing it.

This wasn’t new information to her, but her own anxiety had grown and turned off her ability to logically think this through or reframe the situation. Suddenly, she didn’t feel attacked. In fact she felt sorry for what Wendy must be going through. Now we had something better to work with.

With her own drama reduced, she can do something different. Compassion, empathy and emotional intelligence reside in our thinking brain. For our thinking brain to work well, we need to be able to observe the facts.

We discussed what part of the problem belongs to Wendy and how much of it belongs to Lisa. She decided it was time to have a conversation with Wendy.

We discussed remaining very curious about the factual details and not letting Wendy’s fears and emotions guide the conversation.

Since Lisa’s original request was about changing Wendy’s behaviors, we discussed how to apply my simple 4 step script on how to “Ask for What You Want” while highlighting the importance of making it a two way dialogue.

Basically, in a nutshell, this is the breakdown of our conversation:

What do you find works when you are faced with a drama queen? And if you’ve figured it out for hormonal teenage girls, don’t keep that one to yourself! You’ll be rich! 😉

Scroll back to top